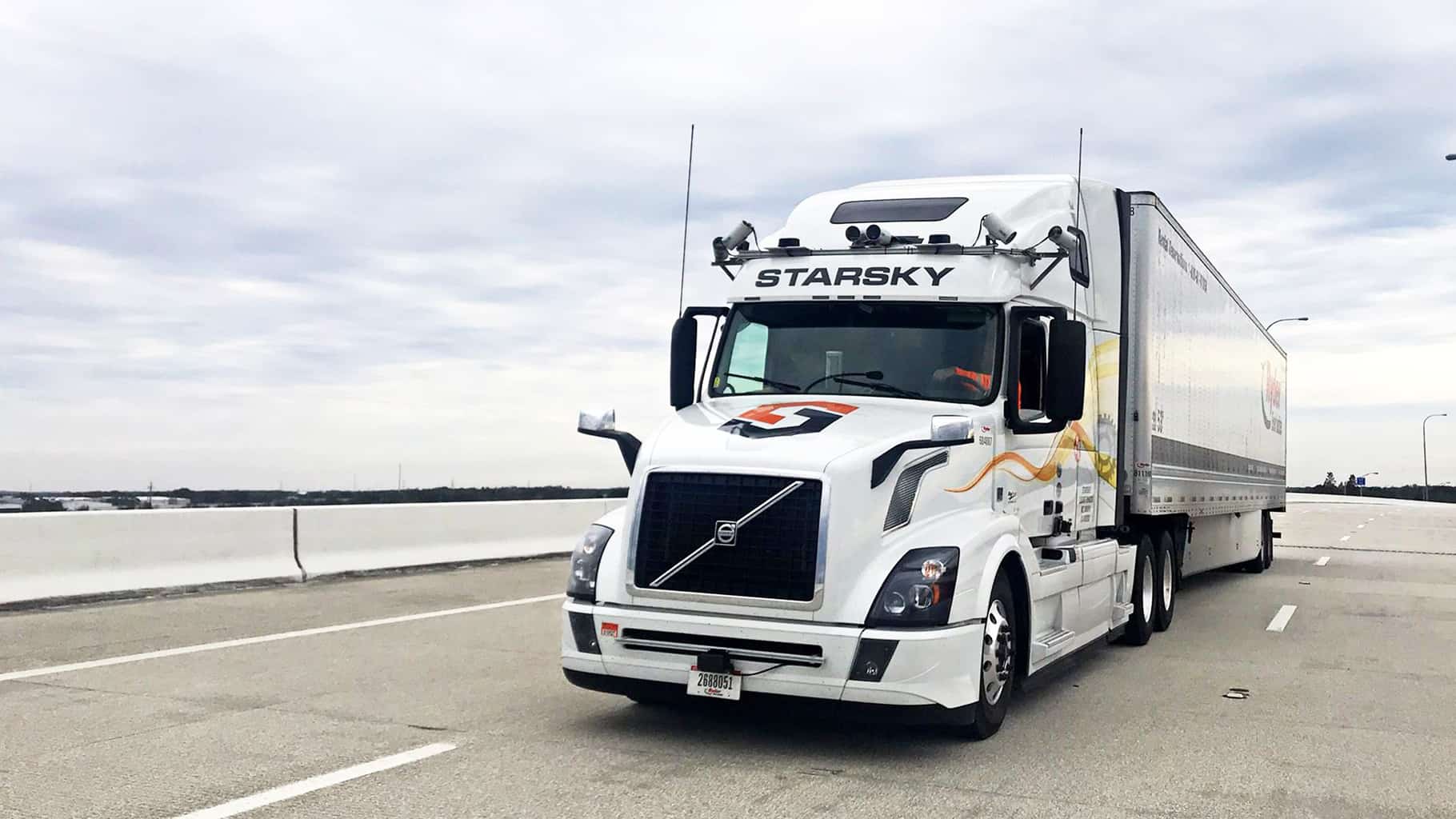 The pilot project is part of a “larger strategic partnership that paves the way for the future of trucking: autonomous brokerages dispatching freight to autonomous trucks without human involvement,” the companies said in their joint release.

The automated loads were delivered in late July in Texas, said Hunter Yaw, vice president of product for Loadsmart.

Stefan Seltz-Axmacher, chief executive and co-founder of Starsky, said there was a driver behind the wheel for the first and last mile operations of the two trips.

“Our companies are working toward the same goal of automating some of the inefficiencies in the trucking industry,” Yaw told FreightWaves. “If you are a self-driving company like Starsky, you don’t want to be making phone calls and sending emails or faxes in order to get freight.”

“You want to have a server talking to a server,” Yaw said.

Starsky, a three-year startup headquartered in San Francisco, was the first self-driving company in the U.S. to test a fully unmanned autonomous truck on a 9.4-mile stretch of public highway on the Florida Turnpike in June.

“Automating the brokerage means that it costs less money to move goods via truck because you don’t need to pay for all of the back office overhead,” Selz-Axmacher explained. “From our perspective, it means the folks on our trucking operations team can spend more of their time talking to drivers and solving driver problems than haggling on a rate per mile with a broker.”

Since 2017, Starsky has raised nearly $22 million to develop its technology that allows drivers to remotely pilot trucks from an office. The company’s eventual goal is to have unmanned semi-trucks on U.S. roadways with a truck driver operating the first and last mile of operation via remote control, Seltz-Axmacher said.

Starsky currently has three autonomous trucks, but plans to ramp up to 25 driverless trucks by 2020. However, this goal cannot be achieved without the revenue generated by Starsky’s traditional over-the-road trucking operation, which consists of 36 trucks. The company got its operating authority in March 2017.

Loadsmart’s artificial intelligence allows shippers to book a truckload in seconds and provides instant and targeted loads to carriers.